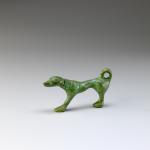 On the way from Socerb to Črni Kal, the trail goes past several forts – Varde above Kastelec, Hrib Castle, and Hradišče hillfort, also named after Mozar Hill above Črni Kal. Along the Karst Edge, where human ancestors inhabited numerous caves as early as the Paleolithic, the traces of ancient forts meander toward Črnotiče. The wall surrounding the Church of Saint Mary of the Snows in Črnotiče is probably the best-preserved defensive fort wall in the Koper area. There are other hillforts located further along the Karst Edge toward Čičarija or central Istria and toward the sea and Kvarner.