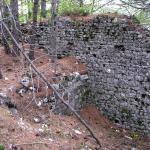 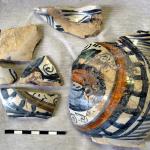 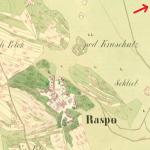 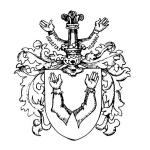 On a conical hill at 830 meters above sea level in the heart of Ćićarija lie the remains of a medieval castle. Due to its strategic importance, it was named the “key to Istria”. The remains no longer reveal the traces of the glorious past of the castle, which might have also been a Roman post. A pine forest covers the area where the prehistoric hillfort used to stand. The black soil beneath the castle ruins and thick coniferous forests hide the secrets of the way of life of prehistoric inhabitants. Around the year 1000, during the Frankish rule, Rašpor gained importance, and in the 13th century, it became the seat of the captains, the military authority through which the Venetians ensured the safety of Istria. In 1511, the Venetian rector was moved to Buzet, and the castle was left to the ravages of time. No archaeological excavations have been carried out at the site. Fragments of late medieval and Renaissance pottery were brought to the Archaeological Museum of Istria in Pula in 2005. Their analysis found the artistic-decorative styles of the workshop centers from the Po Valley from the 15th and 16th centuries.