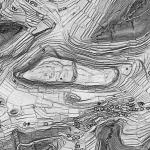 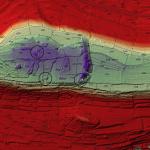 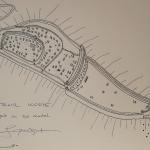 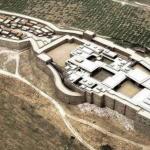 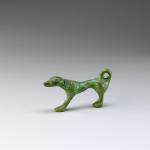 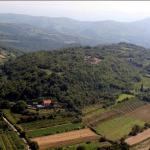 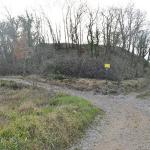 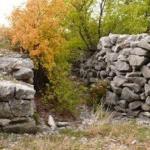 With its 1230 meters, Kaštelir above Korte near Izola is one of the largest prehistoric settlements in the Slovene part of Istria. The territory of the settlement occupies the outermost south elevation of a long ridge that stretches from Malija to Korte, that is, goes between Izola and Sečovlje and dominates the landscape above the village of Korte situated at 271 m above sea level.

Kaštelir is one of the biggest hillforts in the coastal part of the Šavrini hills and undoubtedly used to be the central, i.e., main settlement in the wider area. Kaštelir is visually connected to smaller forts that might have been used as defensive outposts between the sea and inland territory.

The settlement that was inhabited from the Late Neolithic until the Roman period, that is, about 5000 years, is divided into the so-called main town or acropolis and lower town. Its outermost eastern part is protected by a stone defensive embankment. The acropolis was protected in the same way with walls in its outermost eastern part, which are today shaped like a stone embankment. The other parts of the settlement were protected by a steep slope. Prominent members of the community of the time, who performed secular and occult activities, lived in the acropolis. Blacksmith workshops were usually located in front of the entrance to the acropolis. The lower town was built of simple houses with dry stone foundations, while the houses in the upper town were built from plastered clay and had gable roofs. Some houses had cellars as well. Below the acropolis, there were stables for animals and probably arable land.

The discovery of a bronze dog figurine from the Late Iron Age indicates that there used to be a sanctuary in the area. The lower town was used by the rest of the inhabitants, who kept their livestock in stables and pens. Numerous natural resources inside and around the settlement and fertile land enabled the settlement to be self-sustainable for thousands of years.

A cemetery was built on the territory of the fort in the early Roman period.